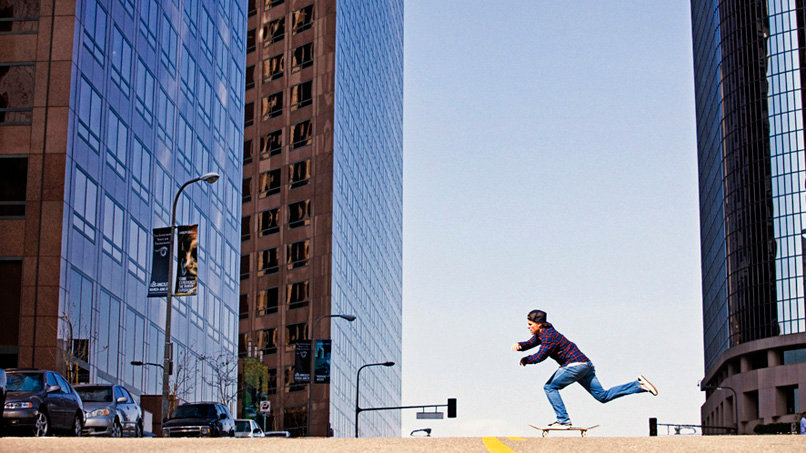 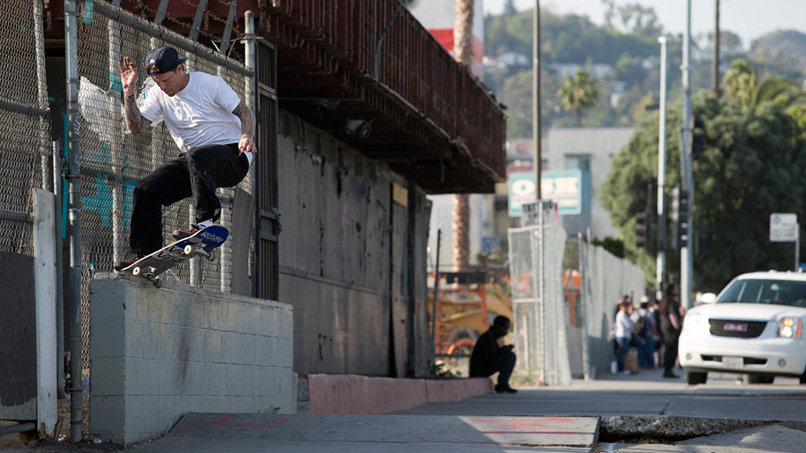 
ANTHONY VAN ENGELEN (OR AVE, AS HE’S AFFECTIONATELY KNOWN) HAS BEEN KILLING IT AT THE PRO LEVEL EVER SINCE GOING PRO IN 1999 AT THE AGE OF 21 FOR ALIEN WORKSHOP.

Van Engelen, a San Diego native, spent six months of his formative teenage years living in Russia without a skateboard. More than anything, it made him really appreciate skateboarding and he returned to the USA on a mission, turning pro four years later. Regardless of the era in skateboarding, AVE has always exuded a natural, raw style on his board — he’s like a bull charging at everything in his path. Van Engelen began riding for Vans in ’05 and in ’09 was honored by Transworld SKATEboarding with the Best Video Part of the Year award for his part in Alien Workshop’s “Mind Field.” In 2013, he and Jason Dill starting making boards through Jason’s longtime brand, Fucking Awesome. AVE is a certified –and certifiable — classic.

Miami in 2000. We were partying and skating our balls off with Freddy [Gall]. It was an epic trip on all levels; I don’t know how anyone could stay out partying all night and still get that much shit done, but we did.

I don’t really read. I guess the last book I read half of was The Power of Now. It’s on Oprah’s Book Club so I had to read it.