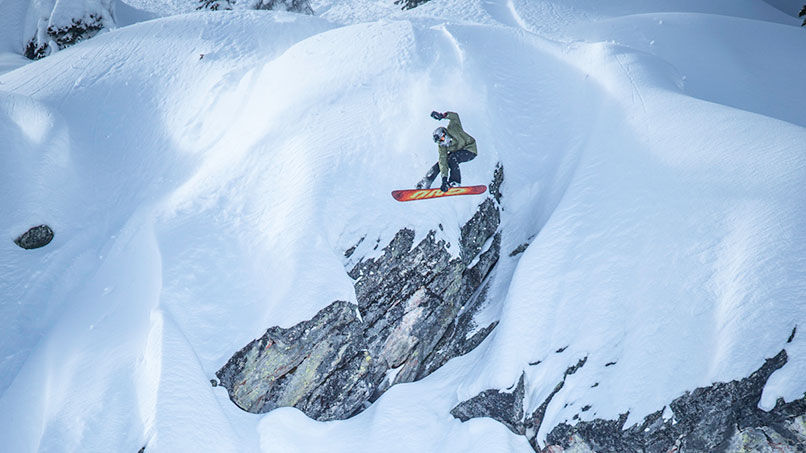 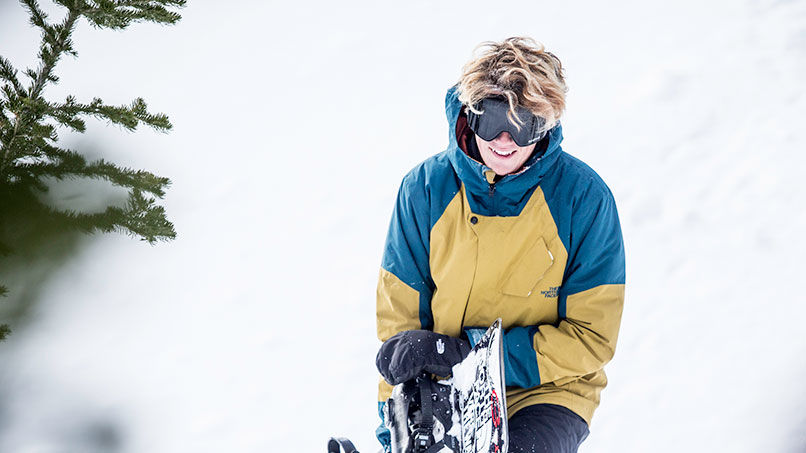 Looking far back into the history of snowboarding, the peaks surrounding Jackson, Wyoming have long produced riders of exceptional skill. And among the current generation, there’s no better example than Blake. Brought up under the guidance of Jackson’s most notorious talents, he gained knowledge, skill and the fundamentals of proper style at an early age. With the aptitude and attitude he brings to technical backcountry freestyle today, Blake is well on the way to establishing himself as a leader of the new school.

WHAT BOOT DO YOU RIDE?
The Infuse

WHAT IS YOU FAVORITE VANS SHOE?
SK8-Hi

WHAT’S THE BEST TRIP YOU’VE EVER BEEN ON?
Drink Water’s Mediocre Madness- Piled in a van with a bunch of good friends and charged around Oregon in the spring. We snowboarded, skated, surfed, cruised around, goofed off, played soccer, dodged tidal waves, ate food, slept in treehouses, laughed, cried, and watched the sunset over the ocean.

WHAT IS THE BEST STORY YOU'VE EVER HEARD?
Jason Robinson told me a crazy one the other day. He lent a girl he recently started seeing his truck for the day and she returned it with a tire missing. A few weeks later he proceeded to tell me how he ran away from her one night by jumping on to a moving train.

WHAT TRICK CAN’T YOU DO THAT YOU WISH YOU COULD?
Backside Rodeos, frontside inverts

WHAT’S THE WORST THING THAT’S EVER HAPPENED TO YOU?
Lost a friend

WHAT ARE SOME INTERESTS/HOBBIES OUTSIDE OF SNOWBOARDING?
Skating, surfing, drawing, writing, clothes, music, making videos, being social

Stance
22.5 inches 15 degrees on the front -3 in the back
OTHER TEAM MEMBERS