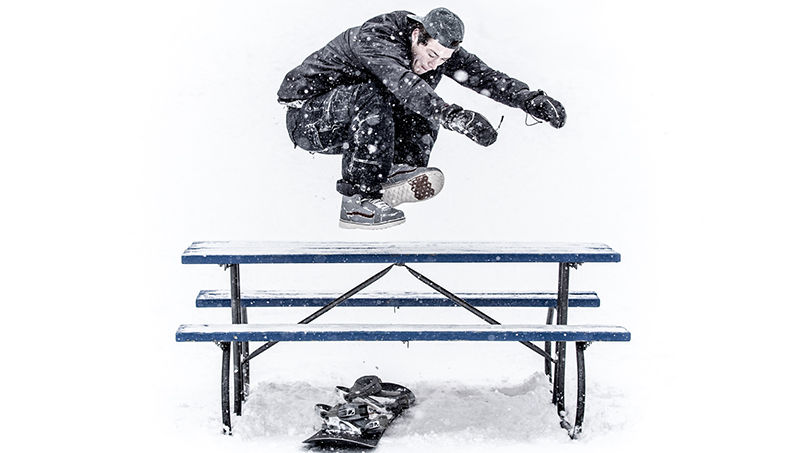 
In just a few short years, Cole Navin has built a solid foundation for his future as a pro shredder. Coming out of the unlikely locale of central Massachusetts, he first hit the radar as a standout in a local film called Root 9, a year later in 2016, his ender part in another underground production, Rendered Useless, earned him TransWorld’s coveted Rookie of the Year honors. His riding blends power and style with a knack for outside-the-box spot and trick selection, marking him as an innovator with a bright future ahead.
Interview

WHAT BOOT DO YOU RIDE?
Hi-Standard

WHAT IS YOU FAVORITE VANS SHOE?
Slip-On & Era

WHAT’S THE BEST TRIP YOU’VE EVER BEEN ON?
Filming snowboarding in Japan last winter was pretty amazing.

WHAT IS THE BEST STORY YOU'VE EVER HEARD?
Jon Stark tells some of my favorite and funniest stories.

FAVORITE VANS RIDER?
Everyone on the snow team is sick, a lot of dudes I look up to.

WHAT TRICK CAN'T YOU DO THAT YOU WISH YOU COULD?
Switch front board pretzel

WHAT'S THE WORST THING THAT'S EVER HAPPENED TO YOU?
Knee surgery wasn't sick.

WHAT ARE SOME INTERESTS/HOBBIES OUTSIDE OF SNOWBOARDING?Skateboarding, film & photography, riding bikes.