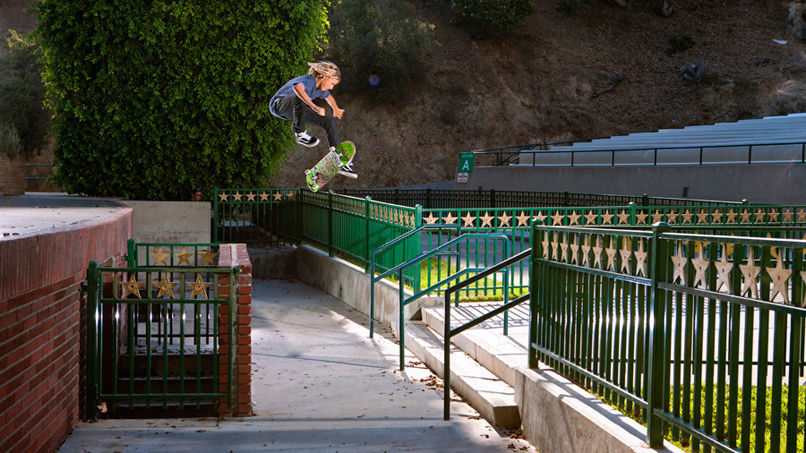 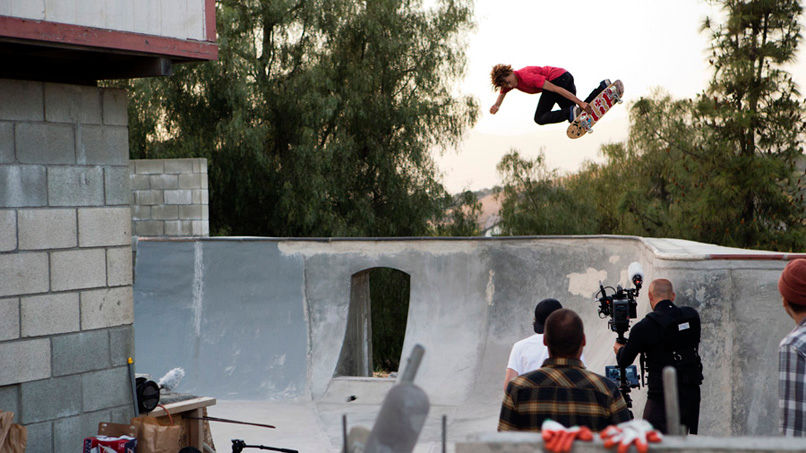 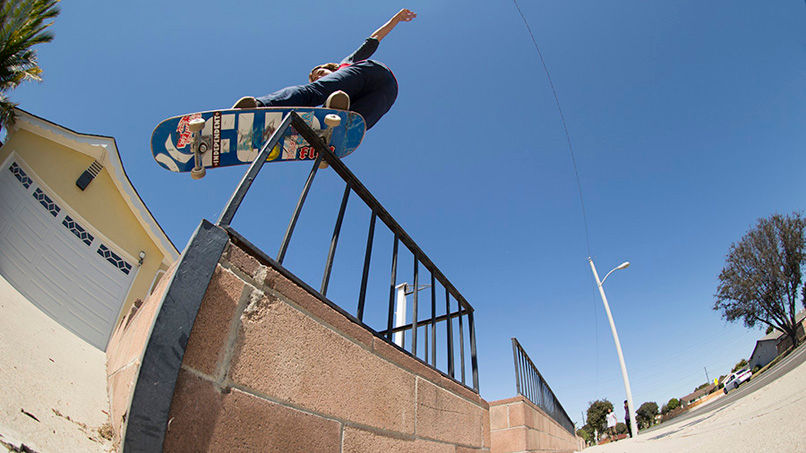 
IT’S A BIRD. IT’S A PLANE. NO, THAT’S VENTURA, CALIFORNIA’S RESIDENT PRO, CURREN CAPLES, WHO JUST FLEW BY YOUR HEAD.

In true Vans fashion, young Curren shreds it all — from handrails to half-pipes, big bowls to long ledges. Urban legend has it that Curren was born on a skateboard (though facts are unclear as to whether there was a skateboard in the womb, or if he was placed on top of the grip tape immediately upon entering this world) and that’s hard to deny after seeing the style and board control this kid possesses. Grown men spend their whole lives trying to learn to sky frontside ollies head high, but Curren was doing them at age nine. Nine years later, he’s got nearly every trick on lock and he executes them all with a smooth, relaxed Southern California style, while his golden locks blow in the breeze.

Hard to say. It might even be the one with Flip to Scandinavia, but China was cool too. I think maybe every trip I go on is going to become a favorite.

Front blunts down something — that trick terrifies me!

The Outsiders, because school made me, but it was good. I also watched the movie.
CURREN CAPLES
HOMETOWN
Ventura, California

ON VANS SINCE
2008
OTHER TEAM MEMBERS