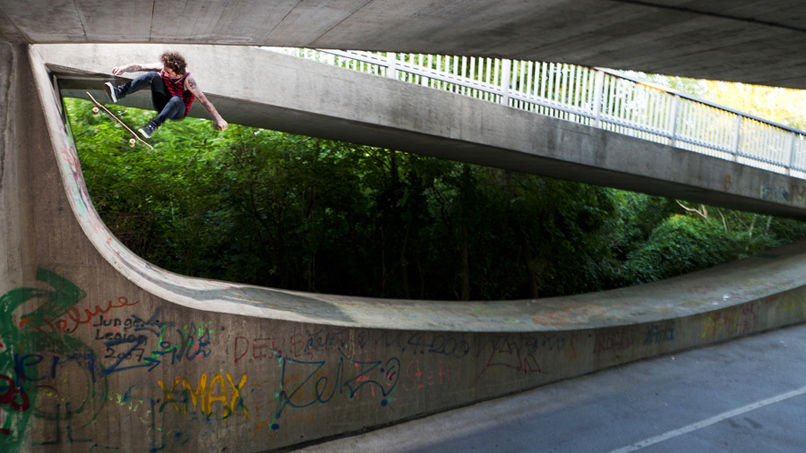 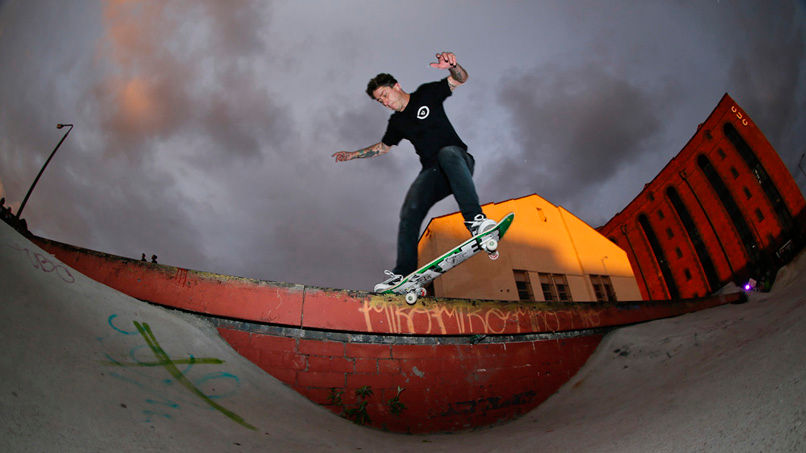 WHEN THE SKATE WORLD FIRST LAID EYES ON THE AUSTRALIAN CHILD-TERROR, DUSTIN DOLLIN, HE WAS QUICKLY DUBBED THE HELL SPAWN.

More than a decade of professional skating later, Dollin has maintained his fire and progressed into The Man from Hell. With six knee surgeries (more than anyone other active professional skateboarder), he is lucky just to be walking — but don’t tell him that. After each medical procedure, Dustin has returned with a fury, skating even harder than before. As part of Baker skateboards, one of the most influential skate crews in history, Dustin became known around the globe as a small beast capable of shutting spots down. Recently, he has taken to wreaking havoc on the Internet, courtesy of homemade, random footage edits called 7 Day Weekend. As with his Baker Bootleg, Baker 2G, Baker 3 and Volcom video projects, his throwaway footage is gnarlier than most other skaters’ best work. This should come as no surprise given the way that Dustin skates. The freakish bit, however, is that he is even gnarlier off his skateboard, and shows no signs of slowing down…ever.

The last Deathwish/Baker tour because it was the most dangerous, the scariest and the most rock ‘n roll. Danger, danger! Be fucking careful! Fights, two arrests, around 30 in-room tattoos, windows getting kicked out and receptionists getting banged. Party on!

John Cardiel because he has and will always be an inspiration and the toughest skater on earth. Also, Van Wastell, R.I.P. Hey Van, remember when we were riding around Shanghai in the rain and I rode the motorcycle into the lake by accident? Head to toe fun. Man, I miss ya, buddy. Tours won’t ever be the same.

Drinking, fucking, listening to people and their problems. Learning about every person I can and studying body language.

Please Kill Me by Legs McNeil. It made me realize that there are way bigger cunts out there than me, thereby cutting down my anxiety about being the devil’s spawn.
DUSTIN DOLLIN
HOMETOWN
Sydney, Australia

ON VANS SINCE
1999
OTHER TEAM MEMBERS