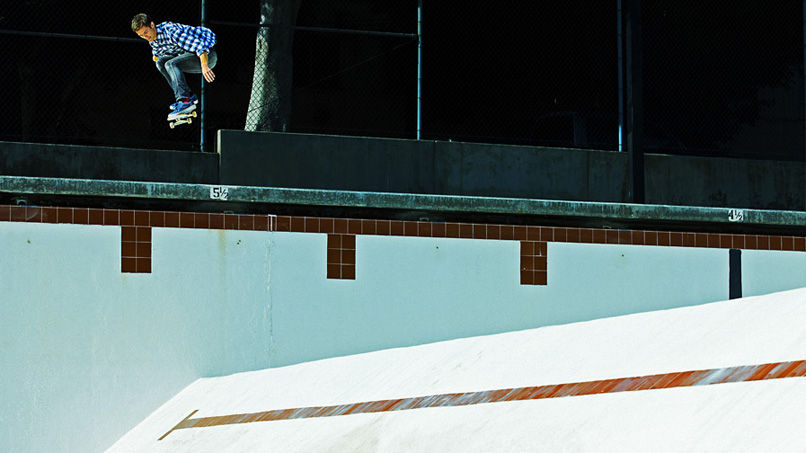 
ON VANS SINCE 1999, THIS LIVERPOOL-BORN LEGEND HAS CEMENTED HIS PLACE AS ONE OF THE MOST INFLUENTIAL STREET SKATERS OF ALL TIME.

Beyond the accolades, such as being named Thrasher Magazine’s Skater of the Year in 2000, Geoff’s video parts in each of the Flip Skateboards films demonstrate amazing technical skills and a freakish desire to attempt and land the biggest handrails, stairs and gaps he can find. Geoff’s attacking style is often imitated but won’t be duplicated in the annals of skateboarding history.

The Flip Miami trip with Arto, Appleyard, Skin and Fred Mortagne in 2001 was rad. We filmed so much of the “Sorry” video that week it was nuts! It was one of those trips where the skating took over the reigns! The latest Flip Feast Tour was also killer, probably the most fun trip to date — fingerboards, good spots, rad people, truck stop coffee and desert air.

Predator calling, hunting dogs [a type of dogs, not the activity – ed.] and camping.

Slash Ranch Hounds by Dub Evans has some serious insight into dog and human relations — all first-hand knowledge. The other few books I read after this are also worth a mention: Cougar Killer by Jay Bruce, Mogollon Mountain Man by Nat Straw, The Grizzly by Enos Mills, Meet Mr. Grizzly by Montague Stevens and Lion Tales by Jonathan Kibler. The best book I have ever read is Life of the Greatest Guide: Hound Stories and others of Dale Lee written by Robert McCurdy. Until the day I die, this will hold true.
GEOFF ROWLEY
HOMETOWN
Liverpool, United Kingdom