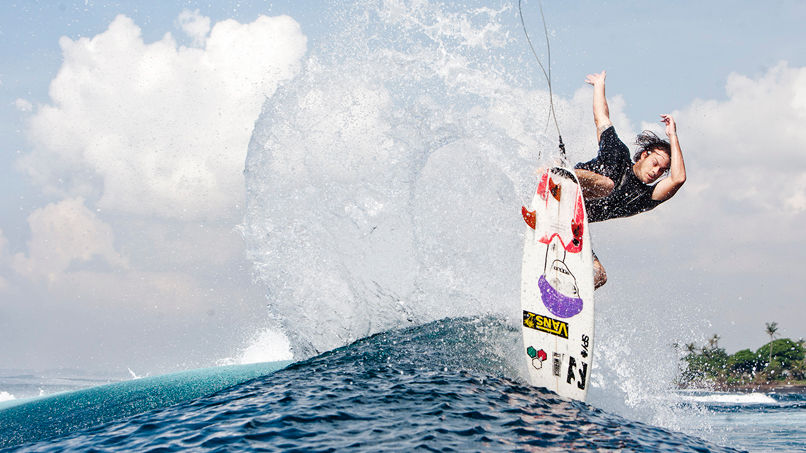 
WADE GOODALL’S APPROACH TO SURFING IS THAT OF A MAD SCIENTIST, AND HIS SKEWED AERIAL VARIATIONS AND MIND-BENDING BARREL RIDING SKILLS HAVE EARNED HIM A SPOT AMONG THE BEST “ALL-AROUND” SURFERS IN THE WORLD.

Wade first thrust himself on to the international surf scene by winning the Australian Pro Junior title, but it wouldn’t be contest results that dictated his future success. Wade’s penchant for creative, above-the-lip surfing was way ahead of the judging criteria, and restraining his creativity with a contest singlet would have been a great injustice to us all. With contests behind him, Wade’s freed-up schedule has allowed him to travel and test his mettle in some massive barrels. His unique take on life separates him from the rest of his peers, adding a new and refreshing perspective on professional surfing. Wade’s artistic views and brilliant surfing have many waiting to see what he’ll do next.

ON VANS SINCE
2011
OTHER TEAM MEMBERS